Many of you know about our dog Buddy's struggle with kidney failure in the last few months.  At the beginning of July, our vet told us that he was far along in the process and that we only had 3-4 months with him and when he started to get bad, it would be fast.  We cherished our days with him, questioning if he was our miracle dog who would live months and months with the disease.  He lived for us, for love, for food, for walks.

But maybe 10 days ago, that changed.  He stopped eating more than a bite of food here and there.  Although he wagged and wagged  at the site of his leash and we obliged his wishes, our walks were slow, and short.  But they brought him happiness.

By this past weekend, he stopped eating and drinking altogether.  Our big fat monster was nothing but skin and bones.  He still lived for us, and for our love, but we could tell that was the extent of what he wanted in life.

Each night we'd say a silent prayer that he would say goodbye on his terms so that the decision wouldn't be ours.  But he fought.  With no food and no water in his system, he refused to give up.  That's our boy.

We stopped by the vet on Monday and she told us that we should probably not let him suffer - and it was obvious he was - not eating, kidney toxins running through his body.  We had talked about him not eating and drinking and she encouraged us to have one last day with him and bring him in on Tuesday.  We braced ourselves... again, how could we chose to end his life?

Buddy helped us make that decision on Monday night.  The poor guy had a horrible night, throwing up every 20-30 minutes - he had nothing in his system so where was this coming from?  He looked at us all night with eyes asking us to help him.  We knew the time was right.

I know that he's watching over us and always will. I know that he's running around with the likes of Cider, Bailey, Sammy and all of the other amazing dogs that have gone before him.  And I know that we'll meet again.  He's not struggling.  He gave it his best fight and we love him for that.  He touched our lives in so many ways and taught us so many lessons - be it about patience, love, forgiveness, and pure happiness with the simplest things in life.

And while our house may be a little emptier, our hearts are so incredibly filled with love and memories that blessed us with for 11+ years.  Rest in peace doodie pants... 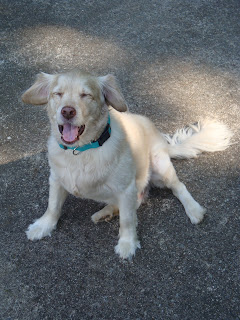 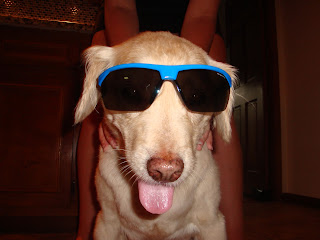 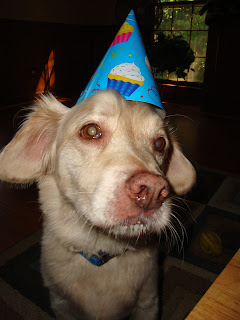 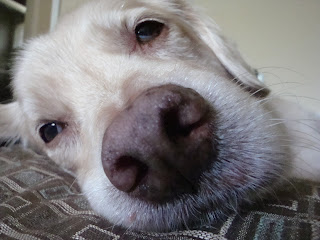 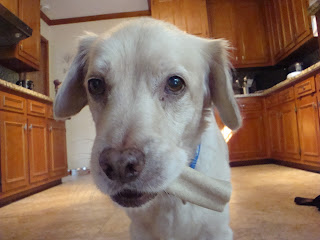 *cue tears* lots and lots of ((hugs)). So so so hard, and you are so brave for doing this.. Please let me know if you need an ear or a shoulder.. xoxo

Sorry for your loss, he looks like he was a great friend!

So sorry for your loss - sending you lots of strength in your time of sorrow.

Losing a family member is never easy... but you did the right thing. This is the hardest part of owning a pet,remember all the good times it will get you through.

so sad. Thoughts and prayers for you guys. I can only imagine how much hurt you have losing your baby.

I am blessed that I got to meet Buddy :-) I know that was super tough. I'm thinking about you and sending you a huge virtual hug!

I'm not even a dog person and I'm crying right now. I'm so very sorry for your and Tom's loss.

Colleen, I can't imagine how hard it was for you and Tom to say goodbye. My eyes are filled with tears thinking about it. Just know that you gave Buddy the best life he could possibly have for 11 year and find peace in knowing that he is no longer sick or suffering. Cherish the memories and smile when you think of him! My arms are wrapped around you guys all the way from Ohio.

Colleen, I am so incredibly sorry you had to go through this. It's so hard to lose a family member. I love the pics you've posted and it's clear he really had the best life possible and could not have been more loved. Thinking of you and Tom and sending love. xoxoxo

I'll admit until I got my dog 2 years ago, I probably didn't get it. Now I almost cry thinking about the day I'll have to say good bye to him. I'm very sad for you guys....you can tell what a sweet guy he was from all the pictures!

Aw, I'm so sorry! There's nothing good about it except that he is happy and chasing after rabbits and squirrels up in heaven. Sending you a hug.

Can't imagine your sorry and sadness, and hope I have the same strength you had when the time comes for me to do the same. Happy trails, Buddy...you were well-loved!

So very sorry for what you're going through. Dogs are a blessing but their only flaw is that they don't ever live nearly long enough. Know that Buddy fought so hard because he loved you both.

Sorry Colleen to you both. I know that stuff is hard.

Well, even though I knew what this post was about before reading, I'm choked up and a little teary-eyed. I know you guys are hurting. Hang in there, buddy! We're thinking about y'all a lot. Let us know if you need to come play with Maglee. :)

Oh no, I'm so sorry to hear about Buddy. I'm sure he was a huge part of your family... he sounds like an amazing dog.

At least there are endless bone supplies and chew tows in dog heaven...

So so sorry! Xoxox

So so sorry! Xoxox

Oh Colleen, I'm so sorry for your loss... I was crying by the 2nd paragraph. It is SO hard to say good-bye to a pet, even when they are suffering. You touched each others' lives, and you and Tom will always have the memories of what a great companion Buddy was. He's in a better place now and isn't hurting anymore!

Sending you some hugs from Pittsburgh!!

I am so sorry for your loss. Losing a pet is never easy. Hang in there!

Even after 10 yrs of being a vet tech I can say euthanasia never gets easier. However, I'm grateful for the option to treat our companion animals in a humane, living way. Hugs to you and Tom during this difficult time.

Even after 10 yrs of being a vet tech I can say euthanasia never gets easier. However, I'm grateful for the option to treat our companion animals in a humane, living way. Hugs to you and Tom during this difficult time.

Oh Colleen, I'm so sorry to hear the news about Buddy. It's amazing how much love we receive from our doggies. Thinking of you : (

I am so sorry! I've had to put down multiple family pets and it's NEVER an easy thing to do.

My heart and prayers go out to you!

While Buddy and I weren't always the best of friends, I did love my little fur-nephew. And my heart is so sad for you and Tom and Charlie. Love you all!!!!

So sorry for your loss. Peace be with you.

So sorry for your loss. We will keep you in our thoughts and prayers.

"Dogs are not our whole life, but they make our lives whole."

SO super sorry for your loss. Losing a pet isn't just losing a pet, its definitely losing a family member. You gave him the best - So much love and it sounds like he enjoyed every minute up until the last.

I am in tears...and I am so sorry for your loss...I have a dog..she is 12 now and she is my very first dog...I fear the day I will have to let her go.I cannot imagine your pain ...he was beautiful

Sending you lots of hugs and love.

I'm bawling on my sofa with my two pups next to me. I'm so so sorry for your loss. I know the heartbreak it brings, and I also know the joy a dog brings to our lives. I said a prayer for you and your sweet boy. I am sad to know he is gone from your lives, (but not your hearts) and I am glad he is not suffering physically anymore. This is a beautiful tribute to him. You are in my thoughts tonight.

I just found your blog and wanted to express my sympathy. I really can relate, as we went through the same thing with our 14-year old lab-mix, Jake, last year. I am sorry for your loss.

Sorry, getting caught up on a lot...shouldn't have read this at work! I'm so, so sorry for your loss. :(